Air Jordan 1 Low Travis Scott fever never faded through the low cut version of the Jordan 1 collaboration. The shoe’s designer, world-famous rapper Travis Scott, maintains its earthy tones until the latest version of its Air Jordan 1 Low. It still made loud buzz to fans and followers as it kept its authentic style and design. 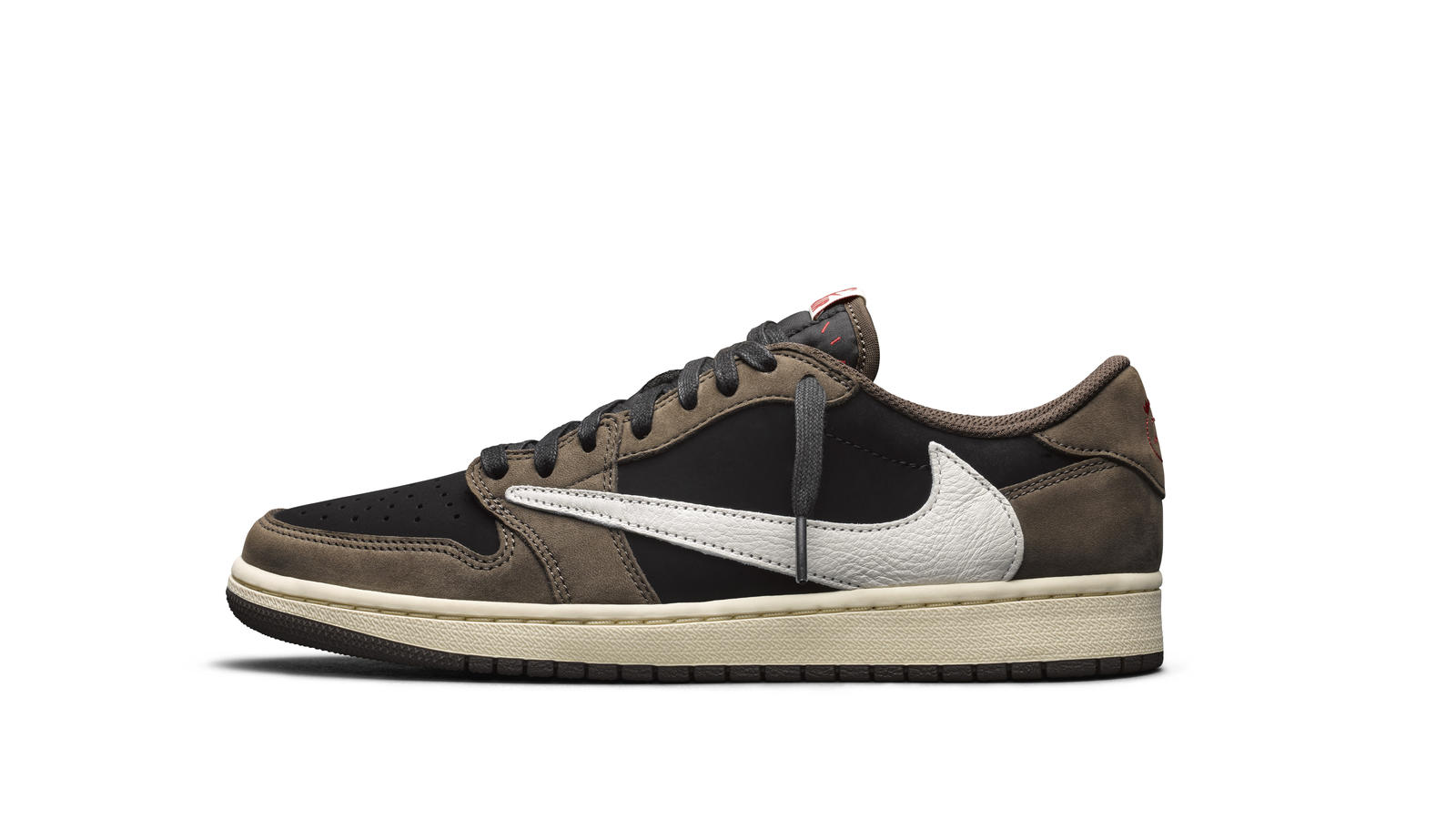 Nevertheless, Travis Scott x Air Jordan 1 Low also rocked the marketplace as it was also sold out right away.

Air Jordan 1 Low Travis Scott simply owns the same hype and appearance from the previous version, yet it still possesses the charm of its black and brown leather material. Its outer part is also crafter from polyurethane with polyester linings. As for its sole, it is purely made from rubber.

This pair reaches the standard quality of the brand through its construction and composition. Besides that, Air Jordan 1 Low Travis Scott also proves its name by its overall shape and appearance.

Travis Scott x Air Jordan 1 Low has a white large reversed Nike Swoosh to contrast the dark tones. On the other side, the Nike Swoosh is also in an earthy accent to complement the colorway.

Moreover, this pair also emphasizes the iconic logos at the tongue tags. Two different red embroidered logos are even located at the heels. As for the laces, Travis Scott x Air Jordan 1 Low initially has the black-colored touches, but you can switch it to oval laces available in pink and black.

The sole of Air Jordan 1 Travis Scott Low also has a two-tone colorway of white and brown from which the white thick is the midsole, and the outsole is dark brown.

Travis Scott x Air Jordan 1 Low is so convenient to use as well as its previous version. However, due to the low cut version, it is easier to hold it by your feet. So you can use it for long runs and walks.

Its earthy tone made it less challenging to partner with any outfits in your wardrobe. You can either wear this with pants or shoes. It is super comfortable and relieving in the feet.

This pair of sneakers, not just level to its high cut version, could even surpass it. For you to see the difference, you may order these shoes https://hypeyourbeast.com/collections/nike-air-prestos/products/travis-scott-x-air-jordan-1-low-mocha.